Early Neurological Stimulation: What It Is and Why We Do It 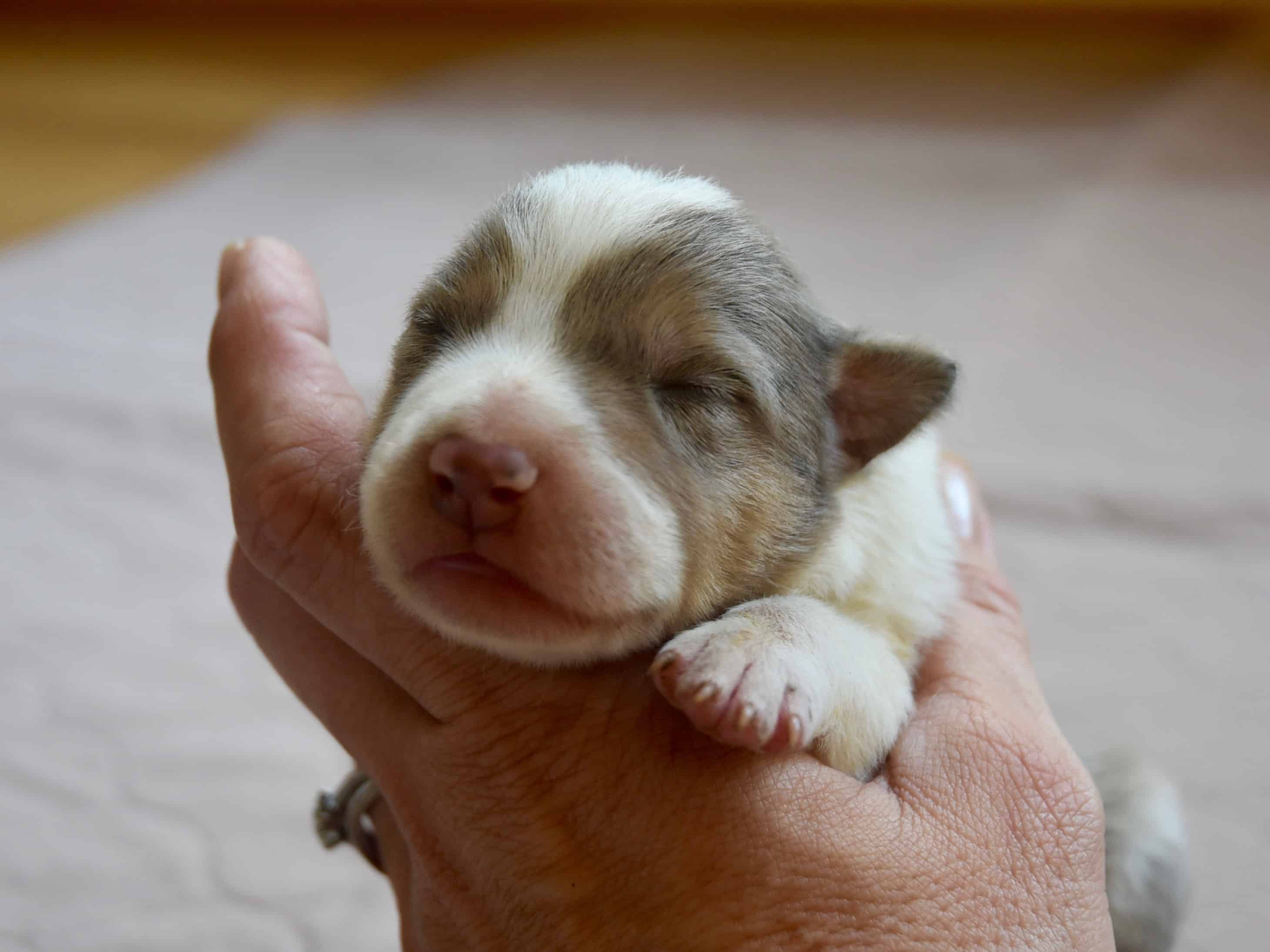 Over the course of time, mankind has experimented with various ways of improving performance, not just in humans, but in animals as well. The conventional wisdom has always been that early age is the best time to stimulate growth and development, and today we know with certainty that early neurological stimulation (ENS), also known as Bio Sensor training, has a huge effect on developing canines.

Using the Electrical Encephalogram (EEG), researchers have been able to measure the way in which a puppy’s brain responds to stressors like changes in muscle tension, emotional stress, and excitement, and have determined that puppies that are stimulated early in life mature more quickly, and also develop better problem-solving skills than puppies that do not receive early stimulation.

ESN involves five types of stimulation, which should be done once a day with each puppy in the litter. They are:

None of these positions or conditions occur naturally in the early days of a puppy’s life, and this is why they are neurologically stimulating. ENS is not critical to a puppy’s development, but it has been shown to increase intellectual capacity if done properly, and to enhance performance. If you decide to proceed with ENS for your litter, though, make sure not to do the exercises more than once a day, and not to exceed the five-second limit. Too much stimulation can be as harmful as too little. Keep in mind, too, that ENS is not a substitute for regular handling and play.arly neurological stimulation

Five main benefits have been identified in dogs that received ENS. They are:

As well, in learning tests, puppies that received ENS were found to be more competitive, and more curious than their littermates who were not stimulated. They were also calmer and less prone to reacting adversely when stressed.

Early Neurological Stimulation must, of course, be accompanied by early socialization. If a puppy is not fully socialized by the age of 16 weeks, it may never be properly adjusted. Breeders can only do so much. ENS provides a good start, but when pet owners’ lives are so filled with work and social commitments, they may fail to properly socialize their puppy. This results in fear of strangers and other canines, and can also manifest as behavioral problems. C.L. Battaglia, in the Doberman Quarterly (1982) article “Loneliness and Boredom,” points out that digging, chewing, and other difficult behaviors are often directly attributable to a lack of socialization.

A small amount of stress, such as that provided by the ENS exercises outlined above, combined with early socialization, can be highly beneficial to a puppy’s growth and development. The key is to know when to stop. Over-stimulation is as bad as under-stimulation. Also, there is only a small window of opportunity for ENS and early socialization. Once that window closes, little can be done to correct the adverse consequences of too much, or too little, stimulation.