Critical Periods of Development in Puppies 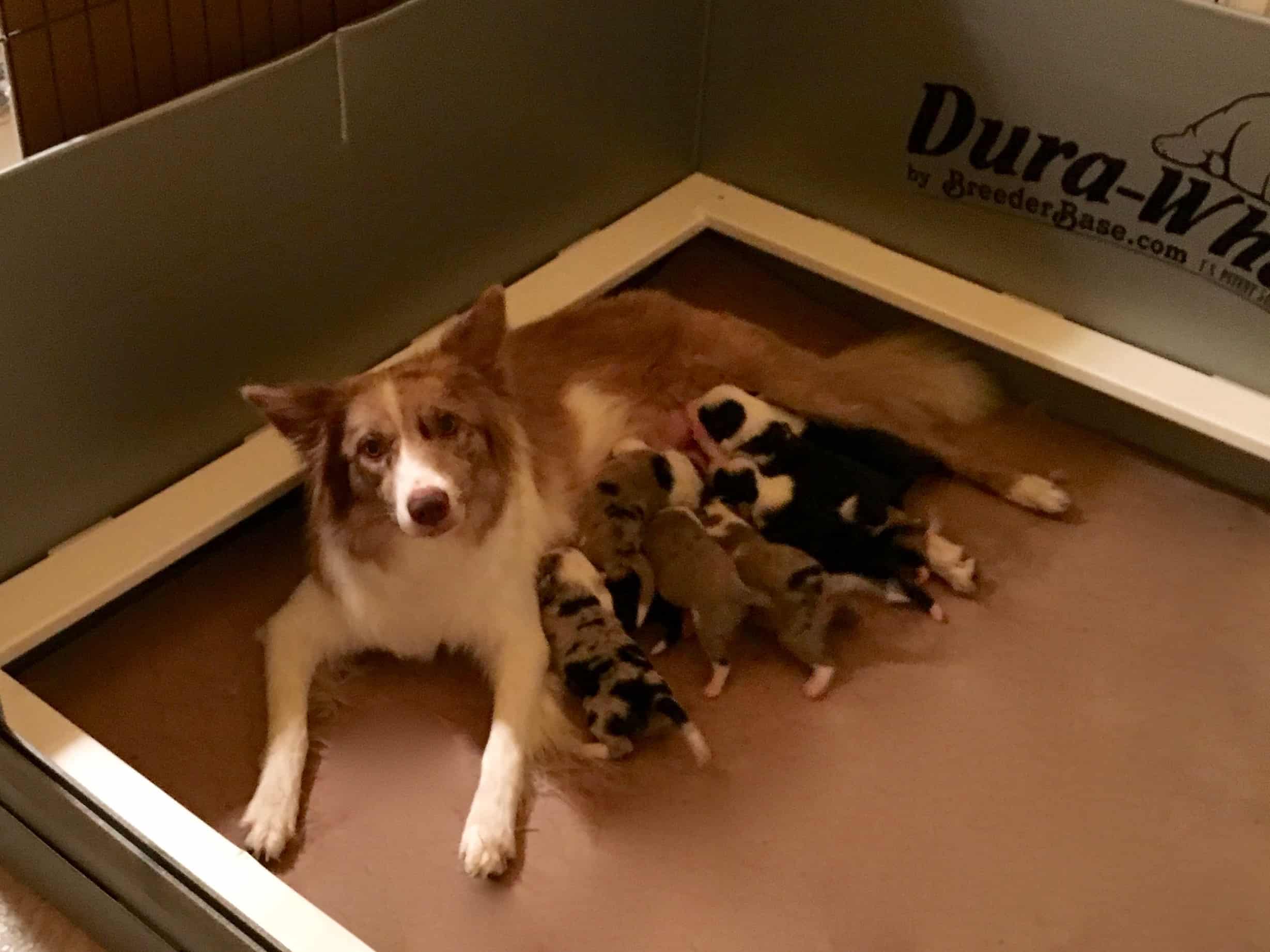 Many people think of puppy development as happening in just a few stages – they’re born, then their eyes open, and eight weeks later, they’re ready to leave their mother and litter mates. There is actually quite a bit more to puppy development. In fact, there are at least 10 major stages in a puppy’s development.

This is the first 13 days in a puppy’s life. During this stage, the puppy’s eyes are closed, and he has no control over his bodily functions. The puppy can neither see nor hear, and is completely dependent on his mother. During this stage, a puppy does not bond to humans, and does not develop emotionally. He learns nothing – his brain waves are the same regardless of whether he is awake or sleeping.

During this stage, puppies should be handled regularly. This will stress them, but studies have shown that this type of mild stress at this stage and on up to five weeks is important to brain development, and results in better temperament. At this stage, the breeder’s main responsibility is simply to provide a warm, safe environment for the puppies. This is when we perform early neurological stimulation on our border collie puppies.

This period lasts from 13 days up to 3 weeks. During this time, the puppy’s eyes will open, but he will not see well, and his hearing will still be limited. The puppy will have limited control over bodily functions (he will begin to eliminate without needing the stimulus of his mother licking him). He will also begin to take solid food as well as nurse on his mother. The puppy will also begin to walk.

This stage occurs from three to four weeks. The puppy will begin to see and hear well. He becomes self-aware, meaning that he begins to understand that he, his mother, and his littermates are all dogs. He will be more responsive to external stimuli, but still need the safe, stable environment of the whelping pen.

At this stage, the breeder should careful about startling the puppies. We don’t keep the vacuum cleaner in the closet, but we run it when the puppies are eating so they will have a positive association with the noise. We clang the food bowls together so learn to anticipate a meal, much like Pavlov’s dog. Social bonding also begins at this point, and continues throughout the socialization period.

From the age of three weeks to seven weeks, the puppy interacts with his mother and the rest of the litter, and becomes more interested in humans. He begins to learn the differences between his human caregivers and his dog family. He will also find his voice, and begin to bark. This is also the stage at which he will begin to bite, chase, and experiment with body postures. Puppies will begin to engage in play fighting with their littermates, and work out the hierarchy of their pack. The mother will begin to discipline unruly puppies, and the puppies will learn to accept this discipline and submit to her authority.

This is a very important stage in a puppy’s development, and it is why no responsible breeder will ever place a puppy during this time. Eight weeks is the very earliest that a puppy should leave the litter, and many breeders advocate allowing the puppies to remain with the mother and the littermates for 10 weeks. Puppies who leave the litter too soon often have difficulty accepting discipline from humans, and may also have issues with inhibiting their bite force. In fact, a Science Magazine study suggests that puppies who leave the litter too soon may never bond properly to humans.

This is the stage where you can begin exposing the puppy to new environments, and even begin training. At a mere five weeks, a puppy has the same brain waves as an adult dog, but you’re beginning with a tabula rasa – a blank slate. You can begin simple training routines, and serious socialization. It’s time to introduce new people and environments. Individual puppies should also be removed from the litter from time to time to get them used to new situations and prepare them for placement in their “forever” homes.

This is the period between 7 and 12 weeks. Some socialization will take place while the puppy is still with the breeder. Later stages will be the responsibility of the “forever” family. At this stage, the puppy has learned from his mother how to be a dog. Now, he begins to bond with humans. This is the stage of development where we have the most influence on our dogs, and from eight weeks and on is the best time to place a puppy with his humans. The puppy already has a fully developed brain, but he lacks experience and needs to learn manners. This is also the time when a puppy is most receptive to learning.

This is the best time to place a puppy in his new home.  Mental abilities are fully formed but the pups lack experience. The puppy begins to learn, at this point, that what is normal canine behavior may be different from what is expected of him. At this stage, the puppy will have some bladder and bowel control, so this is where house training begins. According to UltimatePuppy.com, 40% of dogs who are given up to shelters are there because of potty training issues. This is very unfortunate, and very preventable. Potty training is started early, in the whelping pen and we approach with gentleness and patience. Puppies learn fast at this stage, and many will be able to sleep all night long without having an accident.

Exposure to as many humans as possible is vital during this stage. If socialization is left longer than 12 weeks, it may become impossible for your dog to overcome shyness, and you could even end up with an aggression problem. There is a very small window of opportunity for human socialization. It usually starts at about 7 weeks, and ends at around 12 weeks – no later than 14. The American Veterinary Society of Animal Behavior recommends that puppies should be fully socialized by 12 weeks.

This stage lasts from 8 to 11 weeks. During this stage of a puppy’s development, you should avoid doing anything at all that might frighten or hurt him. What the puppy learns and experiences at this stage will affect him for the rest of his life. Training sessions should be kept short, and with a focus on fun. You may have heard that dogs have short-term memories, but the fact is that puppy will remember forever anything bad that happens to him during this period.

This stage occurs between the ages of 13 weeks to 4 months. It’s also called the “cutting stage,” for two reasons – because this is the time when the puppy cuts his teeth, and also the apron strings. This is the point where he may begin to “test” you, trying to determine if you really want to be the alpha in your relationship. At this stage, positive reinforcement is vital – praise him for good behavior, and provide structure and leadership. Don’t delay training, because by four months, the puppy’s attitude and personality are going to be essentially etched in stone. If you get it wrong, then you will be in for remedial training, which may or may not work.

This stage occurs between the socialization stage and puberty, usually when you have had the puppy for about a month. This should not be a difficult period, provided that you have been vigilant about training.

This stage occurs from four to eight months, and can last for a few days, or several weeks. During this time, your puppy will again begin to test you. You could think of this as similar to the teen years in humans – behavior problems that you thought had been corrected could recur, and could become even more problematic. Be consistent and patient – this too shall pass.

This begins with puberty, and continues until the dog reaches sexual maturity. Again, the dog will probably test you. He wants to make sure that the rules are the same as they always were, and he might think that the rules should be changed. He may refuse to come when called, even if he always obeyed before. Now would be a good time to enroll in a second obedience or manners class to keep everyone on track.

This stage begins at six months, and can continue for a little more than a year. At this stage, the dog is beginning to develop self-confidence, but can still experience setbacks. The dog may become fearful of new people, situations, or even objects. It is important not to use force in order to make the dog face what is frightening him. Again, be consistent and patient. Avoid placing your dog in situations that you cannot control (aggressive dogs at the dog park, for instance). At this point, you need to understand that although your dog may be fully mature physically, he might still be a baby in his mind. Attempts to overcome fear by means of force could lead to aggression, so be gentle.

This is also another point where your dog may challenge you. This does not happen so much with smaller breeds, but larger breeds of dogs often do not fully mature until they are a year and a half old, and some not until three years. At any point during this period, a dog can develop increased aggression and an interest in challenging you for leadership.

Regular training during this period is vital. Like most teenagers, it’s important that they understand that there are boundaries. This does not mean that you have to be harsh with him, but you do need to be firm and consistent. Praise him for good behavior. If you feel that you are in out of your depth, seek assistance from a professional trainer.

When your dog reaches the age of a year-and-a-half to two years, he is a young adult. He will have developed a sense of his environment and connection to you, his family. If you missed anything along the way while socializing your puppy, this is where problems could occur. Keep in mind again that small dogs will mature more quickly than large dogs, so depending on the breed of dog you have, this stage could occur at a year, or might not manifest until the dog is considerably older. Be alert to things like object guarding, hesitance or fear when meeting new people or encountering new situations, or anything else that makes you uncomfortable with the way your dog is behaving. Then work hard on training to correct the problem.

Maturity in dogs occurs between the ages of one and four years. When we say maturity in this context, we don’t necessarily mean physical or sexual maturity – rather, it is the point at which your dog becomes emotionally stable, and his reactions to people, situations, and different environments are reasonably predictable. If you have trained and socialized your dog properly, then you will know at what point he is no longer a puppy, and you are to be congratulated on guiding him successfully throughout the critical periods of development. 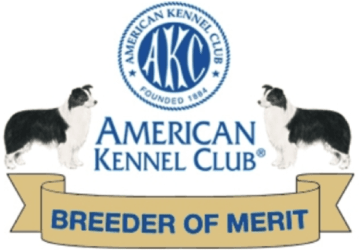